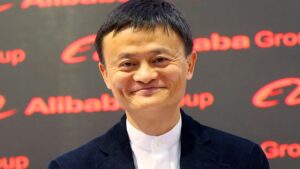 Jack Ma is the founder of Alibaba, one of the world’s largest e-commerce and online payment companies. Well this guy once, worked as an English teacher in China and earned $12 a week.

As of September 2021, his net worth is $39 Billion. He is none other than, Jack Ma, the founder of Alibaba.com. Some interesting facts about him:

So why I consider him to be lucky?